Legionella in private homes: Can they cause infections? 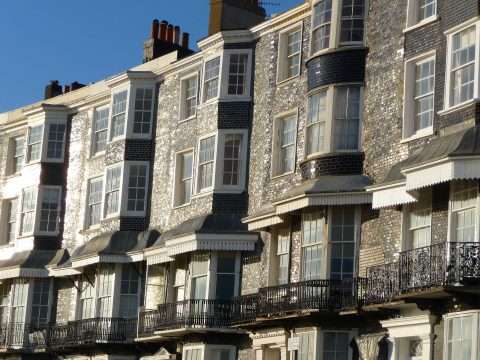 In the last 20 years many reports have been published about private homes’ water systems being contaminated with Legionella, with hot water temperature being probably the most important factor for Legionella multiplication (Hayes-Philipps, 2019). In a German study, 12 % of 452 samples taken from private homes was contaminated with Legionella, with maximum counts of < 100,000 cfu/100 ml (Mathys et al., 2008). A further study from Australia found that 74 % and 64 % of tested domestic showers presented positive for Legionella spp. and Legionella pneumophila respectively (Hayes-Philipps, 2019).

The German Robert Koch-Institute, German Health Authorities and the Reference Laboratory for Legionella carried out the German‚ LeTriWa‘ study in Berlin from 2016 to 2019 with impressive results. 111 study cases and 202 controls have been included in this study. In order to establish the private homes’ water system as a possible source of Legionella infections, microbiological evidence has been gathered (inclusion of a MAb 3/1-positive strain). In 25 % of the study cases the water system within the private residencies was identified as the source of Legionella infections (Buchholz et al., 2020). Samples were taken from bathrooms in each household and included a pre flush, post flush and biofilm swab from the tap outlets. In addition, pre flush and biofilm swab samples were taken from the shower outlets. The results demonstrated microbiological evidence of the residential drinking water acting as the source of infection in 24 of the 111 study cases. A further 5 cases from the 111 included within this study pointed firmly towards the drinking water within these private residences as the infection source based on cluster evidence (Buchholz et al., 2020).  In total, the authors highlighted how half of the cases of Legionella infection were likely to have arisen from the residential drinking water as the primary source of infection (Buchholz et al., 2020), whilst concluding that Legionnaires’ Disease seems to be conferred primarily by the type of Legionella rather than the amount (Buchholz et al., 2020).

Appropriate risk assessments for private buildings and apartment buildings have been suggested in literature and guidance (HSE HSG274 Part 2, 2014) and there are countries, where a regular testing for Legionella is mandatory (German Drinking Water Ordinance). This is especially relevant to immunocompromised and elderly people as they are more susceptible to Legionella infections. Home showers and taps should be checked more frequently in general and especially where tenants are immunocompromised or older (Ricci et al., 2021, Hayes-Philipps, 2019).

It is widely acknowledged that many cases of unreported Legionnaires’ Disease across all sectors and spanning all geographies are likely being missed. With increasing focus on private homes given demographic changes, and a growing body of evidence beginning to emerge, it seems reasonable to assume that the similar risk factors we have learned so much about in recent years across the healthcare industry in particular, can also be considered highly relevant to domestic homes and properties.