THE LIFE AND TIMES OF DAVID HARPER 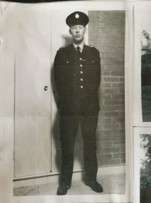 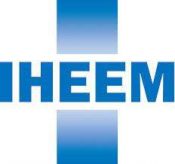 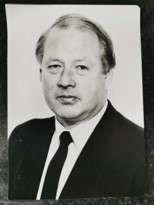 Working as the Chief Hospital Engineer. 3 x deaths occurred as a result of Legionnaires Disease (LD). CDSC & Public Health Team become involved and David is part of team who trace this back to the Cooling Towers. 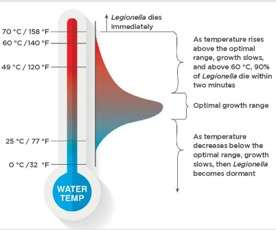 A further 4 x cases of LD are confirmed, with 3 fatalities arising this time from the domestic hot and cold water system (DHCWS).

David Harper & Chris Bartlett establish a protocol which is still used as a basis for temperature control in all relevant guidance today.*  They also go on to assist in the design &development of Shunt Pumps or Anti-Stratification Pumps.

1980
Hospital Thermostatic Mixing Valve (TMV) is created as a concept 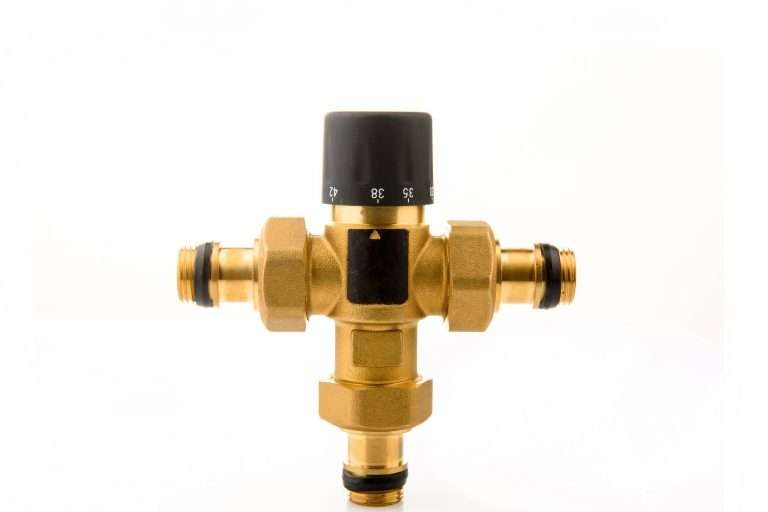 As a direct result of a suggestion from David, and thereafter born as a concept, David works in collaboration with Chris Bartlett (Dep. Director of PHE), alongside Horne as the manufacturer. 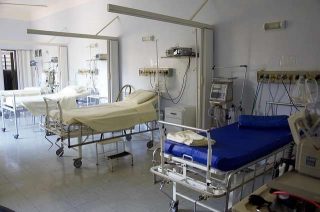 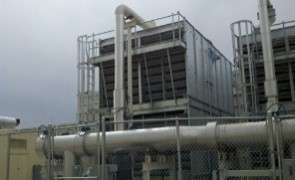 First UK Outbreak of LD to occur within and industrial setting. David finds the source, in this case associated to Cooling Towers and engineers it out!

Representing Public Health England, David is called in to investigate the root cause, provide advice on interventions and control measures before engineering it out the system.

David begins work across the UK for the Public Health Laboratory Service. (PHLS) 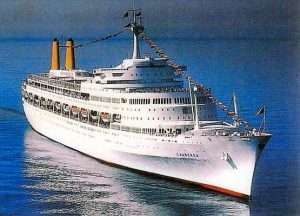 David is based aboard SS Canberra as the Public Health Officer (PHO) with the responsibility of protecting the troops from potential environmental disease and ensuring the safety of food and water on board. This is the first time the term “Authorising Engineer (AE) is used” and David is the first to receive this title and recognition. 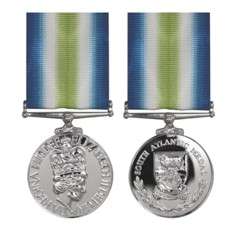 David Presented with the South Atlantic Medal in recognition of environmental health duties and service during the Falklands War.

David begun lecturing for this organisation, providing invaluable practical and technical training to both individuals and organisations within the water hygiene and management segments. 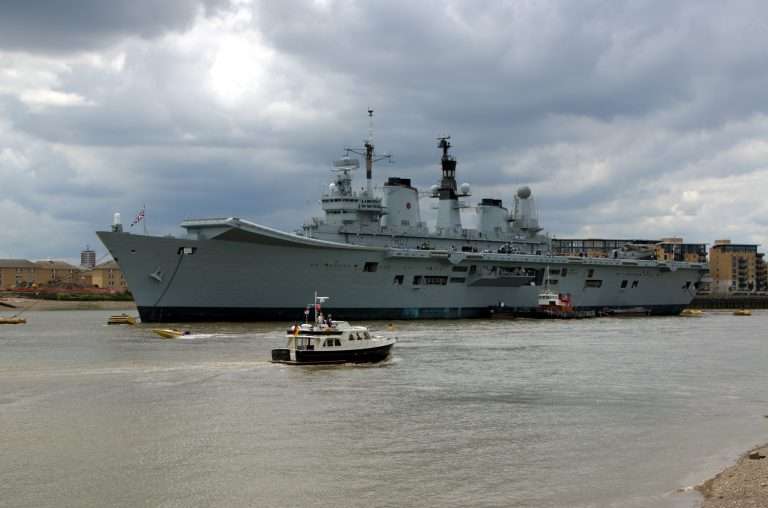 While working in the capacity of supporting Lloyds Shipping Register, David helped to set and police standards for ships that were entering and leaving the earliest and largest port in Nigeria. During this time he was also charged with the responsibility of safeguarding water onboard the HMS Ark Royal amongst others.

While continuing to work for Kingston Hospital, David was seconded to Government, and asked to be part of the team at Public Health England (PHE). Working as the Senior Engineer, David was tasked to carry out water related investigations across the UK and conduct “Hazard Assessments” (now known as modern Water Risk Assessments) across all industry segments. 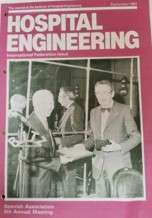 Prelude to modern IHEEM Organisation. David is asked to write a paper which appears in 1983. This becomes the first paper written on the implications of Cooling Towers and HCWS for conditions conducive to the growth of LD. 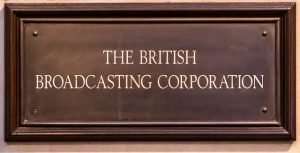 David investigated following a number of LD related fatalities associated with the Cooling
Towers at the BBC in Oxford Circus. Following this incident, David was asked to write a further guidance paper about LD for the HSE. This then became the EH48 Guidance which contributed to and formed the basis of today's HSE ACOP L8.

Following David’s input, consultation and practical  investigation, the first case globally of LD associated with a Whirlpool as the source, was identified. 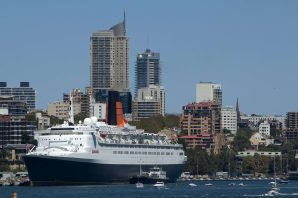 David acted as an advisor on Water Safety & International Water Policies during conference in Copenhagen. 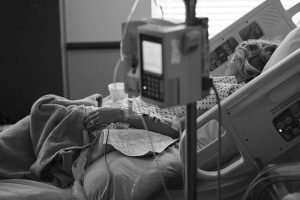 28 x fatalities associated with the Cooling Towers. The water from the drain contaminating
the ventilation system feeding the OPD. The HSE documentation provided by David following the BBC Outbreak becomes Law and evolves over time to the ACOP L8 documentation. This still contains references, and is formed on principles from David’s original EH48 guidance. 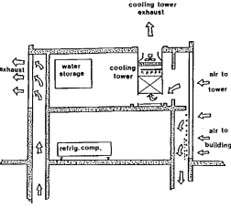 Request HSE Documentation from post BBC Outbreak to become Law. This becomes ACOP L8, which still has a lot of references to D Harper's orginal work. 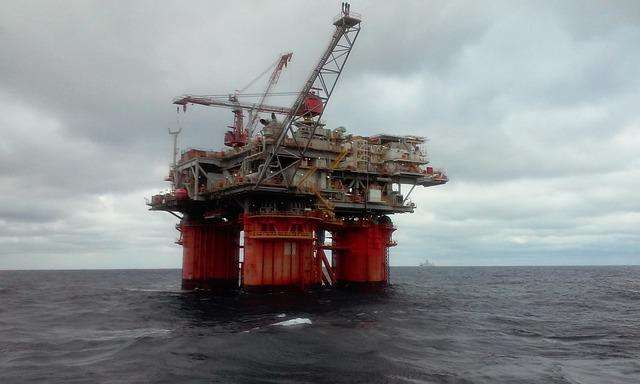 David is flown out of Aberdeen to provide onsite consultation and remediation work support on board the Rig in the North Sea. 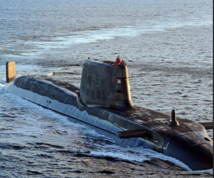 Assessing water system effectiveness, safety, and compliance on board a submarine vessel for a specific project. 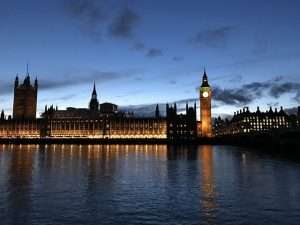 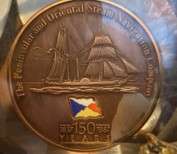 David begins work with WTI, the training division of Water Authorities across the UK. David becomes instrumental in the early days of this set-up and plays a pivotal role in helping the organisation to provide City and Guilds Accredited qualifications.

The beginning of a 22 year continuous training programme on water safety from David, during which time and estimated 8,000-10,000 professionals are trained across many diverse industries, but in particular, across the Healthcare and NHS engineering professions.

A Toxicity case was investigated by David, leading to the discovery of drinking water contamination arising from a mobile phone which had been inadvertently dropped into the water tanks during routine maintenance work.

David devised and implemented measures to help mitigate the concerns behind MRSA cases arising on some of the clinical areas which were used to routinely nurse and care for Military Personnel.

David Harper appointed to initially carry out Risk Assessments for all UK Hotel premises within the IHG portfolio. This subsequently expanded to International assets and premises and led to the formation of the IHG Water Policy, which was instigated and approved by David.

Colonisation discovered within the water storage tanks within the roof space of a number of trains. Scheme of remedial action works and ongoing policy assisting in mitigating this risk for future.

7 deaths and 180 people people fall seriously ill following the largest LD outbreak recorded until now. This was the result of poorly managed water systems within a town centre council owned Arts and Leisure Facility. The water-cooled air conditioning system was found to be the source and David was integral to the investigation and contributed to the legal case that followed.

David appointed as Authorising Engineer for the Trust following a nosocomial fatality associated with LD on the Oncology Ward.

Drinking water originating from a Bore-Hole proved to be contaminated from the landfill above it and from the Incinerator source. The Island's drinking water supply was compromised, resulting in toxic poisoning. It fell to David to put in place counter measures and longer terms sustainable actions to avoid this from reoccurring.

This NHS Hospital Trust were prosecuted under the Health & Safety At Work Act for failing to protect against Legionella, despite warnings which had been issued.

Appointed as Authorising Engineer for Water to ensure Water Policy is compliant and that all appropriate stakeholders are involved and accountable. 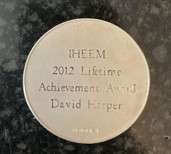 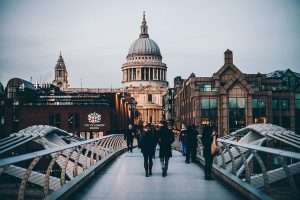 Grandfather (63) dies after contracting LD. As leading investigator, David traces the source
to stagnant water which was used to clean his terrace. 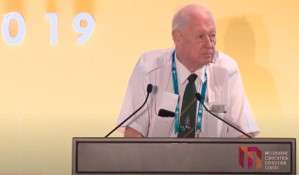 Appointed as AE provider for PFI associated with this Trust.