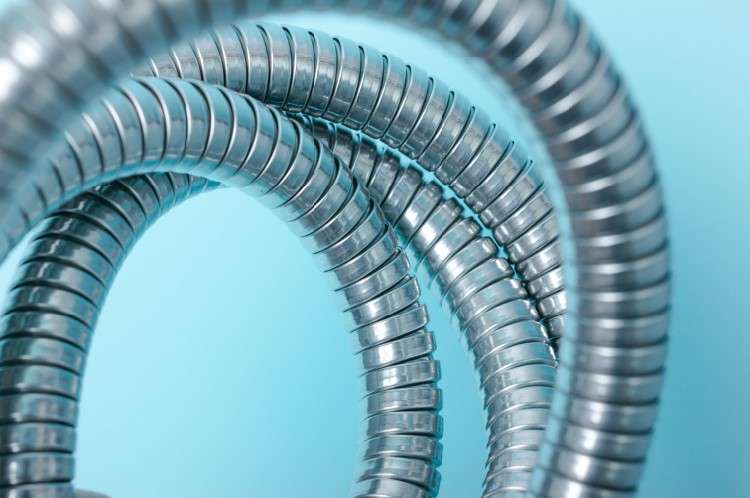 Shower hoses often contain stagnating warm (20 – 40 °C) water, when not in use. The combination of shower hose materials, these temperatures and water stagnation rapidly contribute (within hours) to biofilm formation. Biofilm is a slimy microbial community (1), on each solid – water interphase and provides mechanical stability to the microorganisms within. Microorganisms within biofilms are protected from chemical, thermal and mechanical stress and have enough nutrients to survive and grow.

Statistics of the past 15 years described in Residential End Uses of Water Study published in 2016 (REU 2016) have shown that showering frequency has remained the same with an average of 1.8 showers per household per day and a duration of 7.8 minutes per shower (2).

Additionally, the report confirms that commonly used equipment and set-ups, including hot water recirculating systems and high efficiency showerheads have led to a further reduction of residential indoor water use (2).

A recent global study which included 78 domestic shower hoses, across 11 countries and 3 continents found various inorganic mineral deposits, while 64 shower hoses (82 %) contained Mycobacterium avium, 43 (55%) were colonised with Legionella pneumophila, and 34 hoses (44 %) presented with Pseudomonas. This study goes on to state that 13 hoses that were tested (17 %) were shown to be positive for all three bacteria (Proctor et al., 2018). The authors confirm that biofilm density tends to be higher on shower hoses than on hard pipe materials typically used in building drinking water plumbing (Copper and PEX pipes) and that they were found to additionally host fungi and amoebae. Moreover, as carbon leaching from shower hoses diminishes over time resulting in a nutrient-rich environment in new hoses, and a nutrient-poor environment in old hoses respectively, a stronger biofilm growth is expected in new shower hoses than in old ones (3).

Shower hoses offer excellent growth conditions for waterborne microorganisms as they allow stagnation, appropriate temperature and nutrients availability for biofilm growth. Regular (eg quarterly) cleaning and disinfecting of shower heads and shower hoses has been recommended by UK guidelines to reduce transmission risk to users. However, it is important to weigh the risk of using chemicals: Use of disinfectants may reduce risk from some potential pathogens while increasing risks from others (3).

In summary, water safety groups, landlords, duty holders and responsible people should give careful consideration to the following points for shower hose management:

To discuss further, or if you wish to learn more on this and other related topics, please do not hesitate to contact the team directly here.